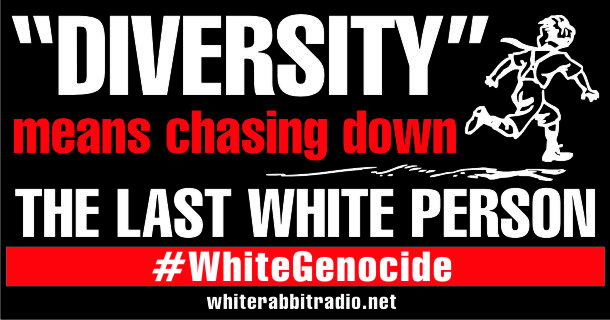 South African bishop, William Slattery, is blaming White people for all the race problems South Africa has today, because they moved their kids out of “diverse” schools after they started to resemble inner-city schools.

The Bishop said they “escaped” schools after they were made multiracial, and now schools that used to be entirely White have almost no White children at all.

“They have all withdrawn from the schools. So White people have a problem,” he said.

He said, that given enough time, White people will mix with the Black majority.

“It takes a long time. It is a question of trust.”

Malusi Mpumlwana, another South African bishop, confirmed Slattery’s comments, saying that White people “have escaped” from all the churches in Pretoria.

In South Africa, White people are blamed for a wide range of problems, from economic problems to social problems, despite being a small minority, and despite there being “Black economic empowerment” laws – South Africa’s version of Black racial preference in the workplace.

And “forced” is indeed the right word. No vote about “diversity” or “multiculturalism” has ever taken place. And whenever an area is “too White” authorities must do their best to change that.

What ever happened to freedom of association? Why exactly must White people be chased down and forced to accept “diversity”?

Anti-White Irish man can’t wait to flood Europe with Non-Whites because we deserve it
Spotted at a Free Speech rally in Portland Oregon.
White Women Are Getting Fed Up
Co-founder of Hungary’s current government exposes White Genocide in speech
The Many Symptoms of a Disease
What's A White Person