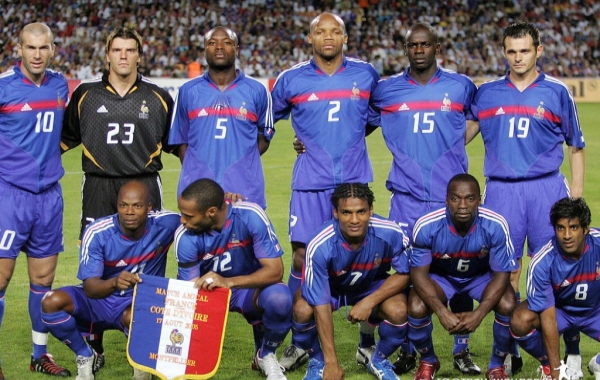 The mayor of a French town is under attack by “anti-racist” organizations after he quoted General Charles de Gaulle, who led Free France against Nazi occupation during WW2.

When questioned about what being French meant, Mayor Robert Ménard of Béziers said “in the words of Charles De Gaulle, being European, White and Catholic.”

Charles de Gaulle said that it was okay to have some non-White people in France,  but “the condition however, is that the Yellow, Black and Brown remain a small minority. If not France will not be France any more. Aren’t we in the first place White, European, Caucasians with a Greek and Latin culture, and with Catholic religion!?”

Mayor Ménard went on to say that in some French schools, such as the ones in Béziers, around 91% of children’s names were of Islamic origin.

LICRA, which is supposedly an “anti-racist” organization, have announced that they’ve sent a complaint to the Prosecutor’s Office accusing Mayor Ménard of “hate speech”. In other words, speech they hate.

Yet again, these so-called “anti-racists” go crazy about a White guy for merely saying something they don’t like. He didn’t even say it, he quoted it.

But meanwhile, the country of Liberia only allows Black people to be citizens, and we never hear anything from “anti-racist” organizations then, do we?

Professional “anti-racists” — the ones who get paid lots of money — they only ever attack White people. They claim to be “anti-racist”, but what they really are is anti-White.

“No Whites after 8.30″ Whites feeling excluded in Birmingham, England.
Counter Currents – White Genocide
White Rage
Save emails for next administration to prosecute WHITE GENOCIDE criminals
New bill passed to get more Africans into America
Diversity is forced in every White country and only White countries. It’s White genocide!

The Robot backlash against White GenocideIRREDEEMABLE
Scroll to top