Ironic, but of course it also makes total sense. The last thing a white traitor wants to see when he drives to work every morning is a mirror that reflects his twisted sickness back at him.

Kevin Oxenrider, a biologist employed in the Division of Natural Resources of the state of West Virginia, is a shaky customer who was so overcome by seeing his sick reflection in our mirror that he needed to pull off the road until he stopped shaking:

“This was so appauling [sic]…I literally had to pull my vehicle over and get myself together I was shaking so badly from how disgusted I was. Absolutely terrible.”

Mr. Oxenrider clearly needed to be delivered immediately to the intensive care unit of a ward for anti-white psychotics.

But instead, mounted astride his galloping anti-white psychosis, and putting the spurs to it like a demented Paul Revere from a parallel anti-white universe, Mr. Oxenrider rode furiously to his governor’s office in Charleston where he delivered his alarm that West Virginia was under siege from a billboard outside of Hanging Rock that was using free speech to oppose White Genocide.

According to articles at fightwhitegenocide.com and bigleaguepolitics.com, the owners of the billboard were not only contacted by callers urged on by Oxenrider (who had posted a further tweet that included the name and phone number of the owners, after he obtained those from the governor’s office), but were also contacted by the governor’s office directly, and feared that if they resisted, Oxenrider might use his influence to cause their businesses issues with permits and other matters, so they removed the billboard and returned the entire rental fee to fightwhitegenocide.com.

That’s worth a moment’s diversion, since intermarriage per se is not the problem for us. The problem is that the flooding of our countries with third worlders, and the laws and propaganda that impel our assimilation with that large number of third worlders once they’ve arrived, raise the frequency of intermarriage to the point that we will be reduced to very small minorities in our countries or eventually blended out of existence altogether.Oxenrider’s insane first tweet makes me wonder if he’s married to a non-white and has mixed children, since that’s sometimes contributed to similar extreme reactions against our simple opposition to White Genocide.

And let’s note that this is not “voluntary,” since we never voted to have our countries flooded with the third world, nor did we vote for the laws and propaganda systems that press our assimilation with that third world.

If whites were allowed our own homelands as the other races of the world are allowed, and we were rid of laws that force assimilation and rid of anti-white propaganda that causes whites to hate themselves, intermarriage would occur at such a low rate that it would be inconsequential for our race as a whole, as was the case before the current madness was fastened on us.

Now you understand the broad scope of White Genocide if you didn’t before, and that also concludes our exciting narrative of Mr. Oxenrider and his strange but much-too-common illness. 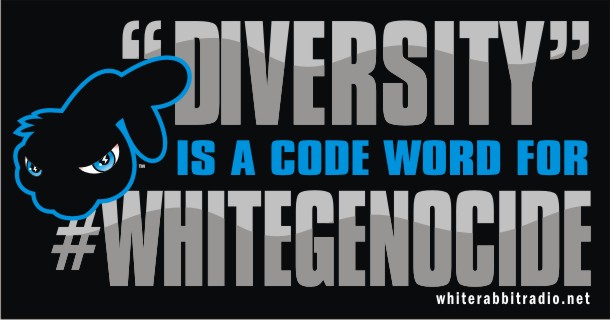 [This from Educators and Students Against White Genocide]:

The Dean of Harvard College, Rakesh Khurana, “has called for an official Harvard University Police Department investigation” into our STOP WHITE GENOCIDE email below that we sent to students, faculty, and staff at Harvard University, according to Harvard’s student newspaper, the Harvard Crimson:

Dean Khurana’s response illustrates perfectly that you cannot have diversity and free speech.

Below is the email, which was also sent under the alternate titles

Asia for the Asians, Africa for the Africans, White countries for EVERYBODY?

ALL White countries and ONLY White countries are being flooded with third world non-Whites, and Whites are forced by law to integrate with them so as to “assimilate,” i.e. intermarry and be blended out of existence.

No school, no organization, no town, no country is allowed to be White.

Harvard teaches White students that they are immoral and contemptible if they don’t support White Genocide.

Your professors will never say to you, “White self-hatred is SICK!!!”

Your professors say they’re anti-racist. What they are is anti-White.

Anti-racist is a code word for anti-White.

Educators and Students Against White Genocide 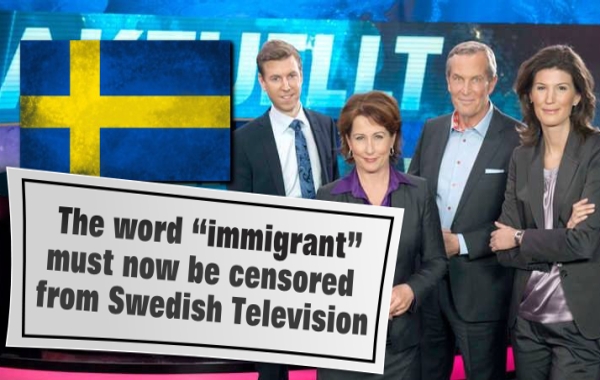 Sweden’s state-funded broadcaster SVT (Swedish Television) has ordered its employees and journalists not to use the word “immigrant“, according to its new “language manual“.

The phrase “immigrant population” must now be replaced with the phrase “socially/economically deprived area.”

The language manual also warns staff against using the words “black“, “dark skinned“, or “African origin” in a negative context.

It says they should refer to them as “Swedish” if they have Swedish citizenship.

However, it tells SVT staff that using the term “white” or “fair skinned” in the same negative context is absolutely fine.

One part of the language manual says that anyone who is accused of so-called “racism” or “discrimination” is not to be given any time on air to defend themselves.

Anne Lagercrantz, director of news and sports at SVT, says the reason for this is because “Language is power. Language is also politics.”

She is absolutely right, and that’s why when they say “diversity”, we say it’s “White Genocide”. It takes the power away from the anti-Whites who would have us believe that the whole world is turning “diverse”.

But if you take a look around, you can’t help but notice that the only countries, cities, and towns which must have “diversity” forced on them are full of White people.

Japan, Saudi Arabia, Dubai, South Korea, China – just a few rich countries that are not forced to “resettle refugees”, “promote diversity” or “mix the races”. That’s because they’re not full of White people.

I don’t know why the upper echelons of politics want to eliminate us from our own countries, but I do know their White genocide agenda has been going on for several decades now, and is picking up speed.