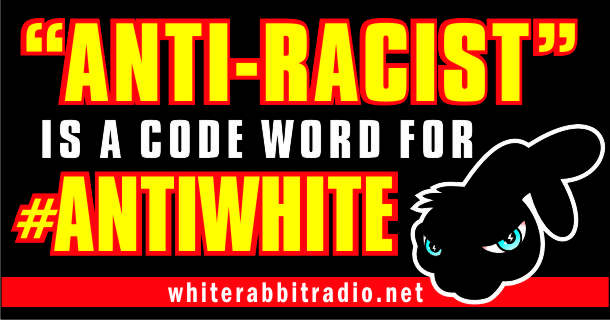 In present-day colleges, anti-Whites are now saying race DOES exist, and you are an evilracistnazikkkfacist if you refuse to acknowledge someone as a “racial/cultural being“.

According to anti-Whites from the University of California, Los Angeles (UCLA), the following sentences are now “microaggressions“:

UCLA says that statements like these are wrong because they “indicate that a White person does not want to or need to acknowledge race“, and they are “denying the individual as a racial/cultural being.”

Many White-friendly activists are stuck in the false belief that all hope is lost, but this is far from the truth: the anti-Whites had to change their argument because they had lost the argument – and we won.

After the years of “White privilege” training and the “diversity” education (which teaches that White areas are bad and must be made non-White), there are huge gaping holes in the argument that anti-Whites don’t see race.

Basically, they were arguing that race doesn’t exist, but White people are unconditionally “racist” because we were born White, therefore, we need laws which discriminate against Whites.

Their contradictions have become so blatant that they have been forced to change their argument. Winning arguments is good, but, if we want to fight back at these anti-Whites, we must make our own arguments.

Why is it that only White areas must be ready for “diversity”?

Why is it that only White countries must have open borders?

It’s because anti-Whites are pushing for White genocide, which is intended to turn us into the minority in our own countries. If they really were “anti-racists”, they would demand this agenda for non-White countries as well.