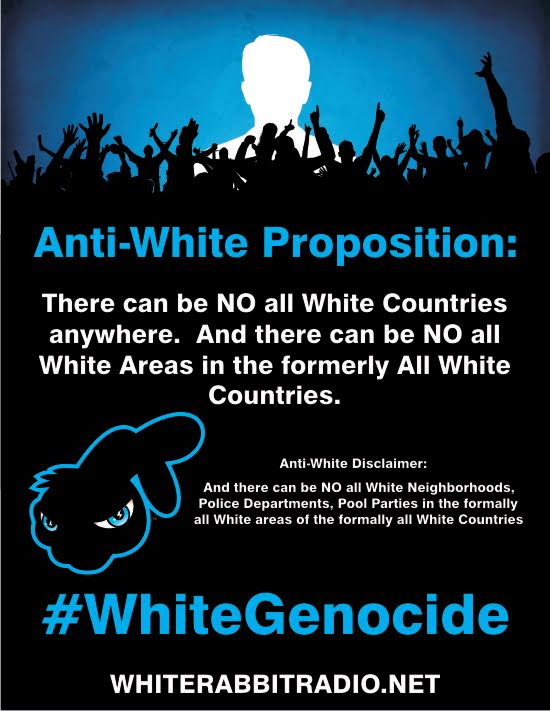 President Obama is currently changing the Department of Housing and Urban Development’s (HUD) regulations to suit a more anti-White agenda.

The new regulations will allow HUD to withhold money granted to White areas, if they don’t build enough cheap housing for non-White people.

“American citizens and communities should be free to choose where they would like to live and not be subject to federal neighborhood engineering at the behest of an overreaching federal government,” said Rep. Paul Gosar, according to WND.com.

Meanwhile, a spokesperson for HUD disagreed with Gosar’s remarks.

“HUD is working with communities across the country to fulfill the promise of equal opportunity for all,” the spokesperson said, “the proposed policy seeks to break down barriers to access to opportunity in communities supported by HUD funds.”

All this talk about equal opportunity may make you warm and fuzzy inside, but what you may not know, is that HUD is ONLY mapping out the White suburbs in America. If you are living in a majority White area, your area has been put on a government hit-list.

Without any delays, the new laws are should come into effect in July , and around 1,250 local governments across the USA would be affected.

If you still don’t believe us when we say “White Genocide“, you are in denial.

Whites in America have been targeted by the government for more “diversity”. You cannot – repeat: cannot – target a group of people for any “demographics change”, “multiculturalism”, or “diversity”. That is genocide.

But it’s not just an American phenomenon; the Swedish government is also carrying out White Genocide with a law very similar to this one.

Anti-Whites always keep on proving that diversity is a codeword for White Genocide.

White Genocide signs found near a school in South Carolina

White children in Britain told to go to mixed schoolsPoland stabbed in the back by their leaders – Africans on their way.
Scroll to top