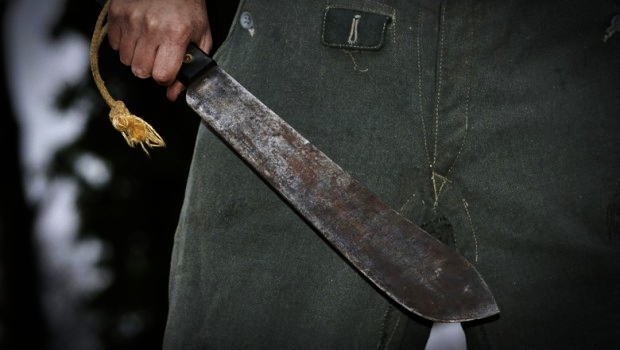 At 4PM on August, 6th, a man with a machete slashed two police women who were standing outside a police station in the Belgian city of Charleroi.

The attacker walked up to the two women, pulled a machete out of his backpack, and attacked the women with the machete while shouting “Allahu Akbar.”

The attacker was shot dead by another officer, but both police women still sustained injuries, with one woman having to be rushed to hospital with deep cuts to her face.

After Europe’s politicians effectively got rid of the borders by allowing illegal immigrants to come in, people are now starting to realize why they existed in the first place.

The European ruling class wants to eliminate White majority societies, and that is why since the 1960s, mass non-Western immigration was allowed for the first time in Europe’s history.

This sick agenda to get rid of majority White areas is White genocide. It is elimination by immigration, and it is a crime of the highest order.

Save emails for next administration to prosecute WHITE GENOCIDE criminals Migrant gets 8 years in jail for acid-attack hate-crime of 5 White British ...
Scroll to top