The trailer to the upcoming movie Star Wars: The Force Awakens, has upset “thousands upon thousands” of people on Twitter who are saying it is anti-White and is promoting White genocide.

The #BoycottStarWarsVII hashtag has now passed one hundred thousand tweets on Twitter, and it is currently the top trending Twitter hashtag in the United States.

Katie Wilson wrote: THE FORCE IS AWAKENING: White people are realizing they are being displaced across the Western world. #BoycottStarWarsVII

She is right, it is great to see people finally taking a stand, but it seems odd to me that people are complaining more about an anti-White movie than the actual anti-Whites who smake the law.

With that said, we should still congratulate all the people who got on Twitter and called the anti-Whites out on their White Genocide propaganda. Well done to everyone!

Of course, White Rabbit Radio also got into the action! 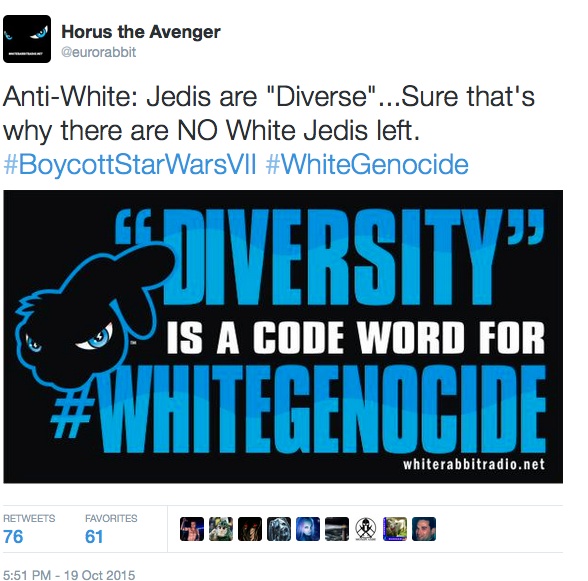 Something wrong in the World?