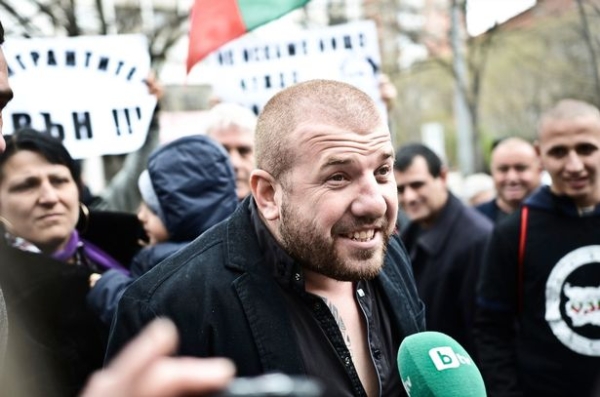 Islamic State said they will pay $50,000 to anyone who can kill the Bulgarian man who is catching illegal immigrants and handing them over to the police.

In February 2016, Dinko Valev made international headlines when he single-handedly caught more than 20 illegal immigrants who were trying to break into Europe.

Since then he has been organizing civil patrols of the Bulgarian-Turkish border, and has seen a huge growth in support.

The Bulgarian State Agency for National Security is now warning Valev that his name is on an ISIS contract killing list.

Valev doesn’t appear to be frightened by this, and he has even posted this information onto social media.

Why exactly do ISIS care? By defending the borders, he’s making it more difficult for them to move Jihadis into Europe.

Angela Merkel’s plan to “diversify” Europe with illegal Africans and Arabs has allowed ISIS to move their soldiers into the continent.

The international media, the Bulgarian government, and the Helsinki Committee for Human Rights (((funded by George Soros))) have all been attacking Dinko Valev for simply defending Europe . . . and now he has to deal with ISIS as well? What terrible times we live in.

Soros and other elites like him used their power and influence to open Europe up to massive non-Western immigration.

They’ve actually been doing this for several decades, but recently they’ve started letting illegal immigrants in as well.

It’s all part of the agenda to get rid of White areas and replace them with “multicultural” ones . . . and it’s just White genocide.

Something wrong in the World?

The Pope: “Europe must change” . . . “in the end, Europe will smile to migrants”

INTRODUCING: The This is Europa Podcast Ep1