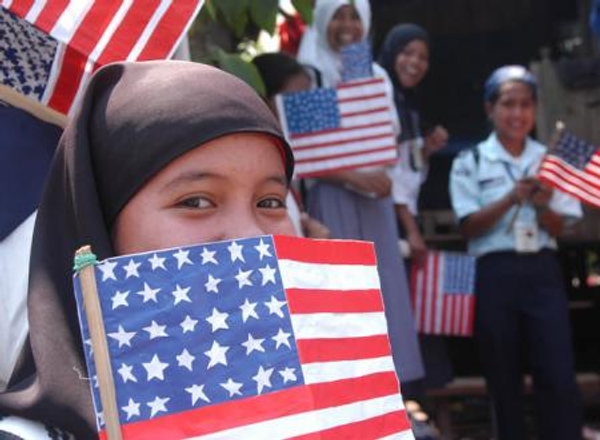 The money will be used to fund “refugee resettlement” programs, the visas for 300,000 Muslims from the Middle East, Latino illegal immigration from Central American countries, and illegal immigrant “Sanctuary” cities within the US.

Despite many people agreeing with Trump, the establishment sends its media attack dogs to try to tear him apart, because he is a threat to their two party system where they don’t have to listen to the people.

But let’s get back to basics – the reason for all this immigration is simply because America is full of White people.

It’s not because it’s rich: Japan is rich and it has very little immigration.

It’s not because America was built on someone else’s land – Turkey is built on non-Ottoman land, but no one says they have to turn Turkey into a “melting pot”.

America, Canada, Australia, New Zealand, and all the countries in Europe are demanded to have open borders, “diversity”, and other things simple because they are full of White people.

The attempt to deliberately get rid of White countries is a program of White genocide, and nothing more.

This Week In White Genocide - #2 - DIEversity Round Table

Politician: “I accuse” Green party of “genocide of the German people”

German government to protestors: You must accept immigrants

English School is attacked by government inspectors for being too White