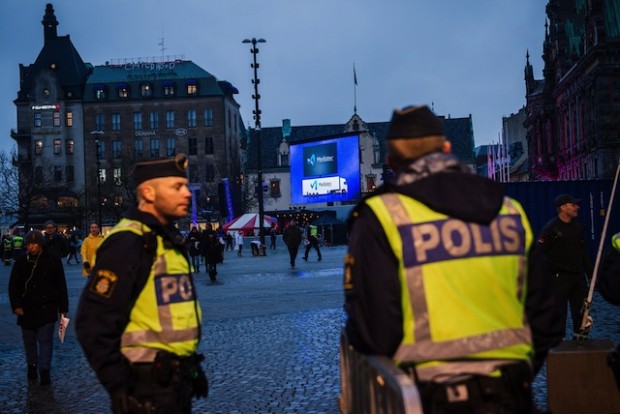 Swedish Newspaper, Svenska Dagbadet, has revealed that in the Swedish police force there is a letter circulating which instructs police not to report the race, ethnicity, and nationality of criminals.

The letter, which was written by Stockholm police press officers Wolf Gyllander and Carina Skagerlind, was published on September 15th, 2015.

Gyllander said that “We want to avoid pointing out ethnic groups as criminal” so basic information of suspected criminals will now be withheld from the public.

The letter says this cover-up policy is to be applied to “everything from lighter traffic accidents to serious crimes like muggings, beatings and murder.”

Normal Swedish people are starting to become outraged by the horrific crimes that have been committed by non-White non-Swedish immigrants.

The Sweden Democrats, the only political party which will voice this opinion, has become the most popular political party in Swedish politics to date, with an estimated 25.2% of the vote.

Why are other political parties trying to stop this opinion from being voiced?

Mona Sahlin, Party Leader of the Social Democrats, made it clear why the elite will not allow this opinion.

She said that “the White Majority is the Problem” and “the Swedes must be integrated into the new Sweden, the old Sweden will not return.”

So you see, according to the elite, the White majority must be “integrated” with millions of non-White immigrants.

This Week In #WhiteGenocide - 11