A White professor who teaches children about the pop singer Beyoncé, has written a series of anti-White posts on Twitter in a shallow attempt to guilt trip and shame an entire race of people.

The professor, Kevin Allred, teaches his “Politicizing Beyoncé.” course at Rutgers University, New Jersey, and has not even had as much as a word of disagreement from the University administration for his rants on Twitter.

In one of his posts he says that “THERE ARE NO GOOD #WHITEPEOPLE. THERE ARE ONLY LESS BAD WHITE PEOPLE!!!”

While in another two posts, he says that White culture does not exist and is also “racist“.

When he later wrote to a journalist, he tried to deny what he had said.

“I didn’t say there are no good white people” Allred said, “I meant until the system changes completely to erase these stereotypes in general, no white people should be seen as de facto good. We (white people) should be seen in grades of ‘less bad’ to balance out the ways other groups are unfairly seen.”

There are a lot of crazy self-hating anti-Whites in academia who think that this opinion is “progressive”. It’s not – it’s White genocide.

We regularly say that anti-racist is a codeword for anti-White, and it’s people like him who prove our point.

if you are a white person fighting to preserve #whiteculture, you are literally fighting for #whitepeople's freedom to be racist. 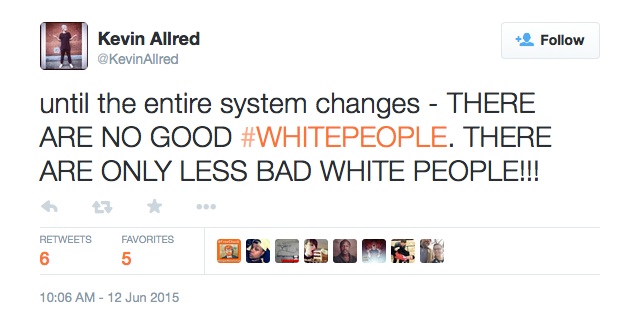 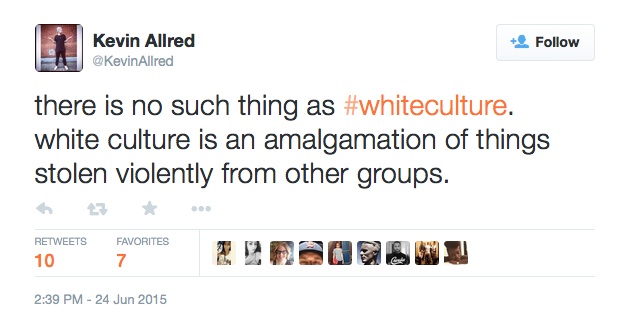 Kyle on the Hunt for the White Man March!
Tweet Home Alabama!
German photographer gets arrested, put on trial, for entering Europe illegally with other illegal immigrants
The British say NO to White GeNOcide
Future Generation: Our answer to SDU (White Genocide Edition)
Study finds Stop White Genocide movement is doing better than ISIS on Twitter