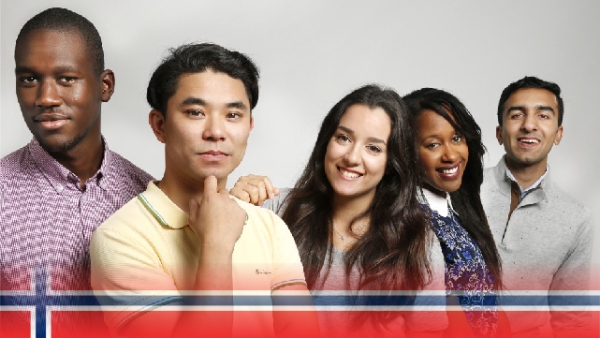 Norway’s state broadcaster, NRK, has put in place a 5-year plan in order to chip away at its mostly-White Norwegian workforce and talent.

“The aim is to reflect the population to a greater extent than we do today” said Director of Broadcasting, Thor Gjermund Eriksen.

Currently about 4% of NRK’s permanent staff are from a “multicultural background.” About 13% of Norway’s total population are immigrants, and about 6% are from non-Western countries.

NRK is not very interested in catering to Western immigrants, and instead wants to focus on “children of immigrants from Asia, Africa and South America.”

“NRK’s ​​ambition is to be a generous and diverse public arena” said Eriksen.

“If an increasing part of the population does not feel included, as are some of the arguments for having a public broadcaster weakened.”

NRK describe this racial quota as “multicultural competence.” It also brags that having employees who speak Urdu, and Vietnamese are “success stories.”

In order to open White countries to mass non-White immigration, anti-Whites say “it’s just skin color” and tell us not to worry about it.

But when non-White groups become more numerous, suddenly the entire argument is all about “skin color”. It’s about how evil White people are and how we must forcefully “diversify” (destroy) all the White majority areas.

Trying to make a country minority White is NOT a “progressive” social policy. It is White genocide – this is not a figure of speech; this is a clear breach of the international laws which define genocide.

Norway is predicted to be minority White Norwegian by 2045. This, of course, is because of mass non-White immigration.

If it was just Norway where this was happening, it might be excused as just an accident. However, within this century, White people are predicted to be a majority in the US, Canada, Australia, New Zealand, Britain, Sweden, Ireland, and Norway.

This is clearly more than a coincidence – this is White genocide.