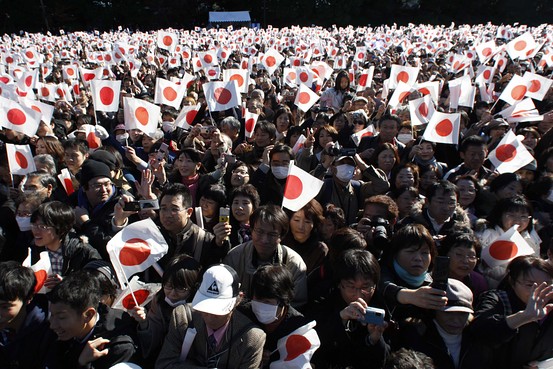 While Western leaders keep trying to “diversify” all the majority White countries, Japan refuses to do the same thing to themselves.

In June 2014, Japan’s Prime Minister Shinzō Abe, was considering to flood the country with Chinese immigrants in order to get more workers.

Takaaki Mitsuhashi, one of Japan’s top economic analysts, was angry with the plan, and spoke out on TV about how this would hurt the Japanese people.

“Japan does currently have a labor shortage. This means, that from now on all wages of Japanese workers are going to rise – a welcome situation” he said.

“But during this stage, if we start taking in foreign workers, our real wages will undoubtedly be suppressed.”

“When our workers are forced to compete with the low wages of Chinese workers, real wages will fall, and Chinese will keep flooding in.”

Since then, Japanese people have expressed their anger with Abe’s plan to flood the country, and now he has been forced to take back his words.

In a United Nation’s General Assembly in September 2015, Abe said:

“And regarding our [Japan’s] population issues, there are many things we should do first before accepting immigrants. Such as the inclusion of women or elderly into our economy.”

“And we still have dozens of means to increase our birth rate.”

Mass immigration to Western countries was started in around the 1960’s – 1970’s. This was long before there was a low birth-rate or any of the problems we have today.

These were all just excuses to justify opening the West to non-White immigration in an attempt to “diversify” us.

It’s not “diversity”, it’s quite simply White genocide. That may sound a little over the top, but it is really is genocide.

The anti-Whites are trying to destroy White majority countries and areas with mass non-White immigration. Go and read the UN genocide conventions, and see for yourself.

Minister: Non-Westerners were brought in to “diversify” GermanyVolunteer at refugee center : “I thought it was just right-wing propaganda....
Scroll to top