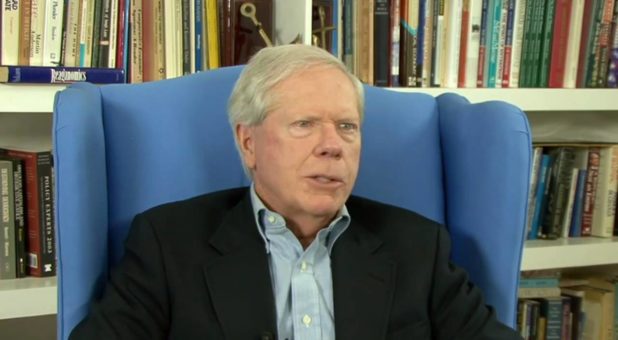 There are certain men whose primary purpose in life is to be weather vanes of public opinion. That’s a fancy way of saying that you can detect changes in the prevailing current of thinking, the Zeitgeist, by perusing their blogs from time to time.

Paul Craig Roberts is one of those men.

From early 1981 to January 1982, Roberts served as assistant Secretary of the Treasury for Economic Policy.

After his time in government he turned to journalism, holding positions of editor and columnist for The Wall Street Journal, columnist for Business Week, the Scripps Howard News Service as well as contributing editor to Harper’s Magazine.

Roberts was professor of business administration and professor of economics at George Mason University and was the inaugural William E. Simon Chair in Political Economy at Georgetown University, serving for 12 years.

From 1993 to 1996, he was a Distinguished Fellow at the Cato Institute. He also was a Senior Research Fellow at the Hoover Institution.

See, this is not some nobody. This reads like the bio of a man who used to be a somebody.

And I know that he’s not a Boomer himself, he’s Silent Gen, but I’ve never met anyone except Boomers who read his stuff. This is because Boomers have been getting all their talking points from Silent Gen civil rights activists and academics since they started going off to college way back when.

And they love this man.

The reason for it is simple – his blog has everything that they want: muh Reagan, muh tax cuts and interestingly, the man flirts with conspiracy theory from time to time. Deep State black ops and false flags and that sort of thing. Unsurprisingly, Boomers eat it up.

But recently, he’s been sitting up and starting to notice what has become blatantly obvious to every late Millennial and Gen Z’er. The Elites, Globalists, Brahmin – whatever euphemism you want to use for the Jews – are planning White Genocide.

The immigration policies of white countries have created a diversity basis for ganging up on whites. If we put together a diverse population with the anti-white ideology of Identity Politics, we have a political and cultural trap for white people.

It seems paradoxical that Identity Politics is led by white/liberal/progressive/leftists advocating their own marginalization. However, as it is a correct conclusion from Identity Politics that white DNA is an abomination, white adherents of the ideology can logically see their demise as a benefit to humanity. But why should they be allowed to condemn whites who do not see themselves as an abomination?

What we are seeing unfold with Identity Politics was foretold by Jean Raspail in his futuristic novel The Camp of the Saints. Perhaps white people should read it as an indication of their possible fate.

Thank you for finally stating the obvious, PCR. Hopefully some Boomers reclining in their La-Z-Boy chairs will take notice too.

Seeing this ol’ yeller grapple and come to terms with White Genocide over the course of the last year has been a fascinating experience.

I kept at it because I knew that if he could make the leap, it would mean that millions of Boomers would be ready to make the leap as well.

All that’s left is to see what happens next.

I find myself wondering: is it time to awaken the slumbering Boomer?

This Week in #WhiteGenocide 31

This Week in #WhiteGenocide 32
Scroll to top