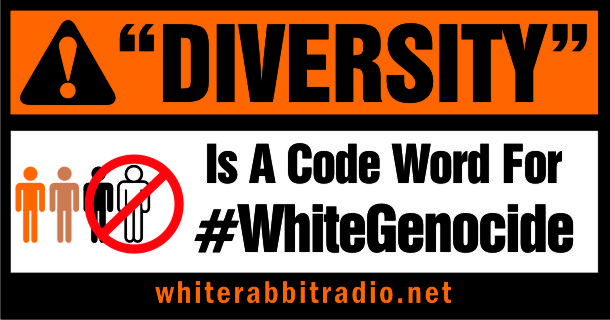 A recent news article had this to say

“Newly-declassified documents released at the National Archives in Kew, west London reveal how senior civil servants reacted enthusiastically to proposals in 1983 from a University of Reading academic that a chunk of Ulster – between Coleraine and Londonderry – be turned into a new home for Hong Kong’s 5.5m citizens.”

Just to be clear, the current population of Northern Ireland today is 1.8 million. If flooding 5.5 million non Whites into the Northern Irish peoples living space is not genocide as per the UN Genocide Convention then what is?

“Deliberately inflicting on the group conditions of life calculated to bring about its physical destruction in whole or in part.” (Article 2c Genocide Convention)

“The proponents of the plan, which one Northern Ireland office official declared should be “taken seriously”, suggested the mass transportation of Cantonese speakers would have the dual advantage of boosting the Ulster economy while solving Britain’s dilemma over what to do with the millions of Hong Kong residents concerned they would have no future under Chinese rule.”

The anti-Whites were “concerned” that 5.5 million non-Whites would have “no future” in Hong Kong but it didn’t seem to bother them that generations of White children would have no future in their ancestral homeland because it was turned non-White by traitors? That’s pretty anti-White don’t you think?

It seems that some anti-Whites are trying to pass this plan off as a “joke”, or so they claim. After all wouldn’t you lie about a genocidal scheme if your cover was blown?! How pathetic are these anti-Whites anyway?

The thing is, if it was just a “joke” as they are trying to pass it off as then why are they still working on the replacement of the Northern Irish today, albeit at a slower place? You see, it can be argued the only reason they didn’t go ahead with this plan in 1983 is because the N Irish would have noticed something was wrong if 5.5 million non-Whites were suddenly transplanted into their homeland. Instead they are taking the slow route to replacing the Northern Irish, only this time it includes: Africans, Middle Easterners AND Asians.