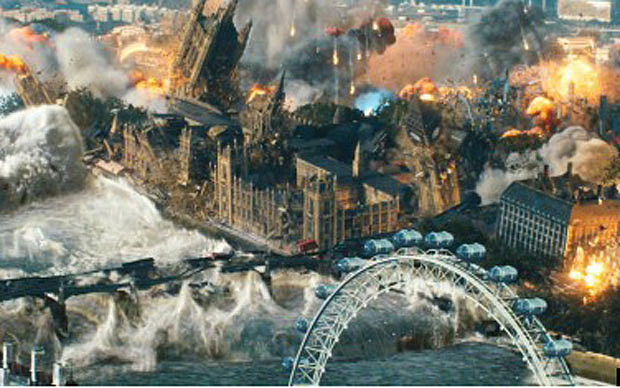 Dr. Sascha Vongehr, a physicist and philosopher, says that he has been “an antifascist for three decades,” but admits that failure to address race and IQ is bringing about the death of the West.

“I have not foreseen that the fall of the West would start with the race issue” he writes on Science20.com.

“As a progressive mind, race is not on the radar when pondering the future, even although I knew the relevant science. I just did not attend to the connections that race keeps real despite of our denial.”

“Now, as race riots and race-flash-mob-violence sweeps the US, 138 thousand Germans escaped Germany in 2015” because of state-wide internet censorship, and imprisonment for those who criticize immigration.

“They work just like the old witch hunts, modern mob violence that destroys careers and families without the victims being able to even point to specific perpetrators.”

“Whites and White males as well as Jews are targeted, which thus samples the sub-populations with the highest IQs.”

He says “IQ decline is almost entirely” due to “the dangers of immigration“, and that “the current immigration will accelerate the decay further only in the next generation.”

So what happens now? Vongehr says “it is unstoppable even if we were to stop immigration now,”

“Many Germans flee to Eastern Europe, countries such as Hungary, the only EU country democratic enough to ask its citizen whether they desire unlimited mass immigration”

An American-Hungarian diplomat also said that in a few decades, Westerners would be fleeing to Eastern European countries, especially Hungary.

The Western establishment thought that they would get rid of Westerners, and everything would carry on as usual. And now people inside their own ranks are waking up to the truth that people like us have been spreading, despite risking our safety and freedom.

It’s White genocide, and hopefully one day the main perpe-TRAITORS against this crime will be taken to an international court, and tried for their anti-White agenda.

UK: Anti-Whites throwing a tantrum after White Genocide poster found near a school.