Sign of the Times up on the Alex Jones channel. "Anti-Racist" is just a code word for Anti-White. #AltRight pic.twitter.com/Te0USLlwju

The Replacement of White History

Co-Host- Johnny Monoxide – The Paranormies Present : The Ahnenerbe Hour on the TRS Network

This Week In #WhiteGenocide – 11

Drexel Professor Who Called for ‘White Genocide’ Under Investigation As Donors and Students Flee #AltRighthttps://t.co/0RttQPFiLO 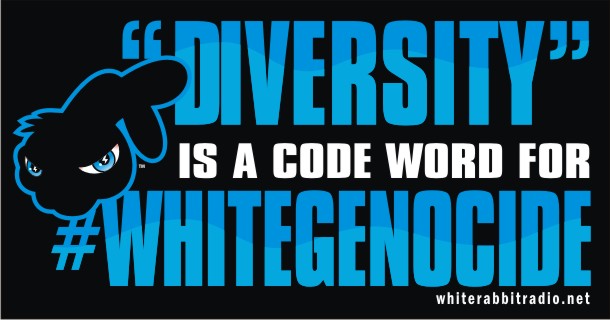 “…in March of this year, more than 500 emails were sent to our faculty, student life staff, students and senior administrators with the subject line, ‘Help President Trump stop White Genocide.’

“And the White Genocide Project was formed to resist what it calls “White Genocide” that occurs when White areas are forced to accept diversity or White assimilation.”

But if next time you want to step up your game, try this:

EVERY White country and ONLY White countries are being flooded with third world non-Whites, and Whites are forced by law to integrate with them so as to “assimilate,” i.e. intermarry and be blended out of existence.

Drexel professor George Ciccariello-Maher, known for his inflammatory anti-White statements, was grilled by Tucker Carlson after tweeting his disgust when a passenger on his flight offered a first class seat to a uniformed soldier.

Carlson wouldn’t let him weasel away from his statements even quoting Maher’s tweets which called for “White genocide” and also praised the extermination of Whites during the Haitian revolution. Tucker demanded an explanation for suppressing free speech while claiming to support it.

These “professors” really are small minded people who live the sickness of White self hatred. Tucker Carlson cut this anti-White down to size in front of the world.

This is Europa, a pro-White, pro-European think tank which focuses on fighting White Genocide and anti-White narratives, has released episode 1 of its podcast series.

As many of the pro-White podcasts out there emanate from Americans groups, it’s good to see their European counterparts getting involved.

Episode 1 introduces This is Europa to new followers as well as clarifying the organisation’s purpose and standpoints.

This is Europa can be found at their own web address as well as on Facebook.

The podcast is also available on Soundcloud.

The TIE team has informed me that they’ll be monitoring the FB, Soundcloud and AltRight.com pages, along with the youtube comments, so that they can dedicate a section to answering questions at the end of each show.

Episode 2 will largely be dedicated to the results of the Dutch General Election. 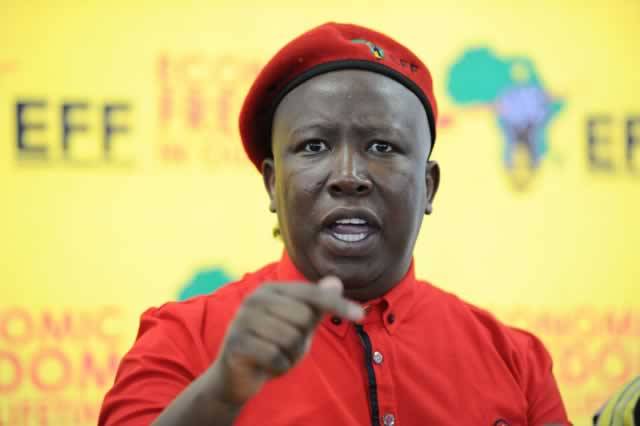 For a few days now, I had been getting calls from an unfamiliar number. I assumed it was just a solicitor trying to sell me something. After what seemed like the second or third time I have been called from this unknown number, I answered the phone this morning.

It turns out that I was being contacted by a South African group called the Suidlanders. A trusted comrade in the movement had given them my number. They are in the United States on a speaking tour to raise awareness about the rapidly worsening situation for Whites in South Africa. The Suidlanders are essentially the South African equivalent of our doomsday preppers except that they are prepping for the very real possibility of a Zimbabwe-style White Genocide.

None of what I was told by the Suidlanders this morning came as a surprise. I’ve been blogging about South Africa for years now. In recent months, I have written about the White ghettos, the black-on-white crime, particularly the horrific murders, and the news that President Jacob Zuma had thrown in his lot with Julius Malema and was calling for a united black front to dispossess White landowners. I’ve already written about it twice on my own initiative urging President Trump to intervene in South Africa and Congress to impose economic sanctions on South Africa.

So anyway, I was told the situation in South Africa is even worse than I thought. The ANC is losing power in South Africa after a 23 year reign. They are responding by scapegoating the White community for South Africa’s problems. A civil war is a real possibility. The Suidlanders believe that a full blown crisis could be upon the White community within a month or two. They are over here to raise money in the event that they have to implement their Emergency Plan.

Here are some things you can do to help:

1.) Contact your representatives in Congress and urge them to impose economic sanctions on South Africa. I’ve already done so.

2.) Publicize this story on social media. Let’s get the word out on Facebook, Twitter, YouTube. If you have a platform or radio show, contact the Suidlanders at hk@suidlanders.co.za to arrange an interview to discuss the situation in South Africa.

3.) If you support the South African cause, consider donating to the Suidlanders through their website.

4.) Pressure the Trump administration to intervene in South Africa. We made refugee crime in Sweden a big story. The South Africans are in much greater need of our help.

5.) Create buzz about this issue so it will enter the news cycle. Talk to your friends about it.

Note: Check out the podcast the Suidlanders did with Jared Taylor. If you are pressed for time, skip ahead to the 29:00 minute mark to get to the gist of the situation.

“Defund anti-White colleges that censor criticism of White Genocide” was submitted at the end of February to the White House’s “We the People” petition site (created by President Obama and continued by President Trump), but the petition was quickly removed by the new administration’s moderators.

Apparently a more immediately appropriate petition would have been “Defund the White House’s ‘We the People’ petition site if it’s going to censor criticism of White Genocide.”

Those of you active on Twitter are invited to share your reactions with President Trump and his staff to their “more anti-White than Obama” policy on their petition site.

Your petition “Defund anti-White colleges that censor criticism of White Genocide” has been removed from the We the People platform on WhiteHouse.gov because it was in violation of the We the People Terms of Participation.

Learn more about the We the People Terms of Participation:

We the People Moderator

Subject: Re: Your Petition Has Been Removed from We the People

Dear We the People Moderator,

Thank you for your note, and this is a request for your reconsideration.

Possibly a complaint was received, but I hope that upon review you will judge that the petition fits your guidelines, or if not, you will be able to tell me wherein the particular or general violation occurs so that we can correct it.

Thank you very much,

Dear We the People Moderator,

This is a second request for reinstatement of the removed petition

or for guidance as to wherein it violates the guidelines so that we may suitably correct it.

Under the previous administration, over 100 petitions were submitted and allowed to run their 30-day course that challenged the Federal Government to not only reverse policies that allow massive third-world immigration into our country, but to also reverse policies that force assimilation with the newcomers:

We were impressed that the Obama administration allowed free speech on this issue on the White House petition site, and we hope that President Trump will also allow it.